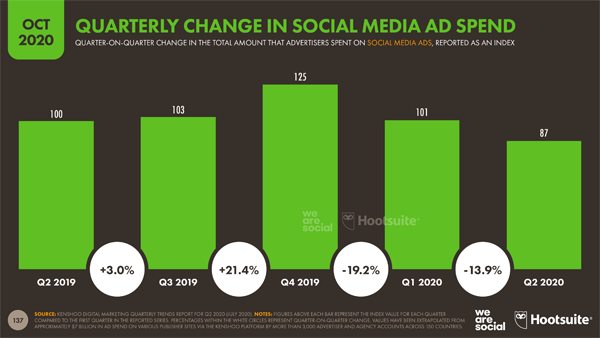 Tubular Labs Launches Deduped Audience Ratings For Video On Facebook And YouTube
A new effort from video intelligence firm Tubular Labs aims to deliver a more standardized video viewing metric across the Facebook and YouTube platforms, with support for Instagram forthcoming, the firm recently announced in a move of interest to digital marketers. AdExchanger

Dropbox is the latest San Francisco tech company to make remote work permanent
Dropbox has announced that it has made remote work a permanent part of the firm’s future, a shift that when combined with similar moves by other technology firms, has led some workers to leave the Bay Area, driving certain rent rates down 20 percent since last year. CNBC

More than 50% of humans in the world use social media — here’s what you need to know [Hootsuite Study]
During the second quarter of 2020 global social media advertising spending was down 13 percent over the same period last year, however the figure represents an improvement over last quarter’s drop of 19.2 percent globally — just one of numerous findings of interest to digital marketers contained in Hootsuite’s recently-released Digital 2020 October Global Statshot Report. The Next Web

ON THE LIGHTER SIDE: 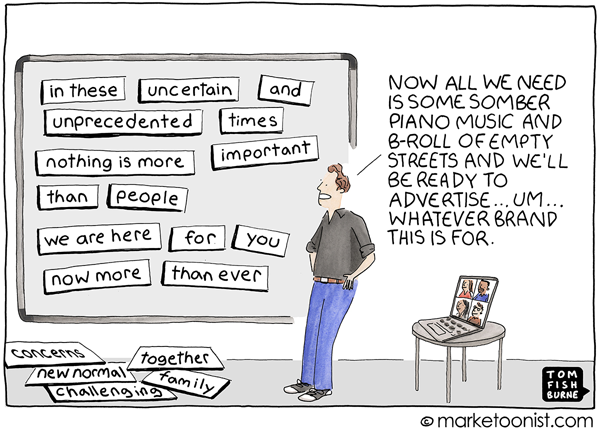 TOPRANK MARKETING & CLIENTS IN THE NEWS:

Have you found your own top marketing stories from the past week of industry news? Please let us know in the comments below.

Thanks for joining us for the weekly B2B marketing news, and we hope you’ll come back again next Friday for another look at the most relevant B2B and digital marketing industry news. In the meantime, you can follow us at @toprank on Twitter for even more timely daily news. 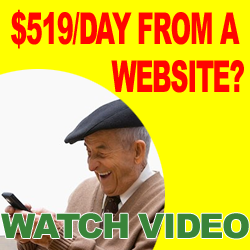